He says just three words to her. “Put. These. On.” 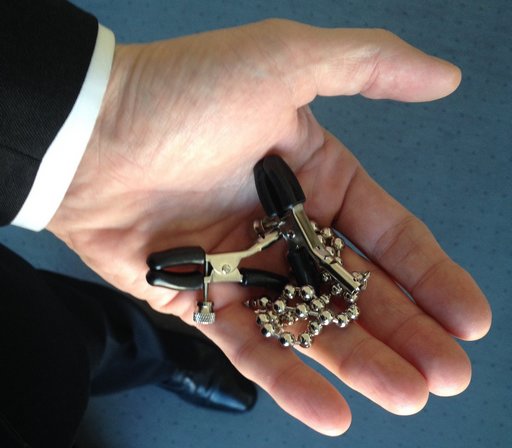 Buzzing His Cock Head With The Magic Wand